This trip continues to amaze! Following a relaxing 2.5 hr drive out of London, our team arrived in the charming seaside town of Aldeburgh. On the southern shore of the North Sea, Aldeburgh was home for Britten and Pears during much of their lives, and is where they established the annual Aldeburgh Music Festival.

Our Victorian seaside hotel, the Wentworth, overlooks the pebbly beach, and has inviting living room areas throughout the main floor to encourage reading, chatting with friends, and taking afternoon tea! 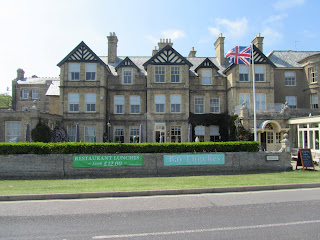 Britten's first opera of international renown is Peter Grimes, and is based on a poem called “The Burrough” by 17th century Aldeburgh resident George Crabbe. You can almost hear the strains of the famous “Four Sea Interludes” from Grimes in the coastal breezes as you explore this picturesque town. In fact, the opening prologue of the opera is set in Moot Hall, the real-world version of which sits just down the road from our hotel in all its 16th century splendor. 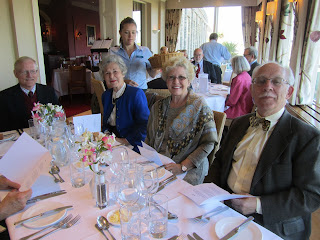 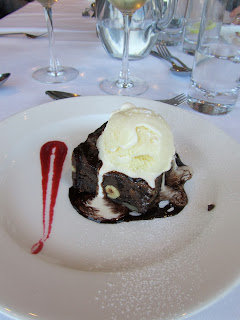 Tim, Marilyn, Sherrie and Michael as we enjoy another elegant dinner at our hotel

Last night, after a wonderful dinner of guinea fowl, local asparagus and chocolate brownie at the hotel, we traveled the short distance to the town of Snape, to see the opening performance of this year's Aldeburgh Music Festival, Peter Grimes, presented in concert version. 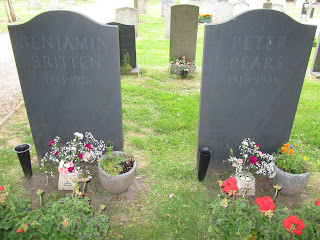 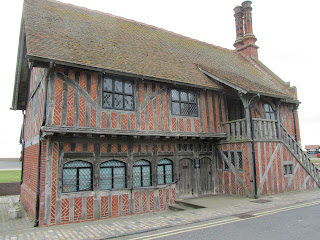 Today we had time to explore the home Britten and Pears shared for many years, the “Red House,” just re-opened after a year of renovations and restorations. Standing in the Britten's composition studio, knowing it was where he wrote such works as the War Requiem was one of those moment-of-a-lifetime experiences! 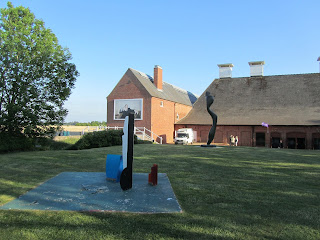 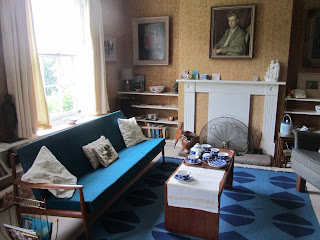 This evening, after a VIP tour of the Snape Maltings concert hall grounds, we enjoyed a performance of Britten's Les Iluminations andMusic for Strings, Percussion and Celesta by Bartok.